Weather was a problem. After many hours of waiting for heavy snow which never arrived a pitch inspection was made at 0900 today. Everything looked fine. Terrain was perfect – no lying water. There was something in the air but not heavy snow. We decided to go ahead. At noon it started snowing. At low levels it wasn’t too bad but on the tops it was heavy stuff. Considering the conditions to have 6 teams was quite good.

Round one had a few snowflakes; Round two it was heavier. Round three and we saw hail and finally rain. It also started to get to the hands. Most other parts of the body were well wrapped up but hands started to freeze. Inexperienced youngsters played in trainers WITHOUT proper socks. Grizzled veterans donned their full wet weather gear. After a few hiccups with people not turning up; hasty replacements and people feeling ill halfway through we made it to a finish 3 hours later. 3rd were Trafford Petanque consisting of Chris, Aly & Lewis (Our first podium said Chris proudly) 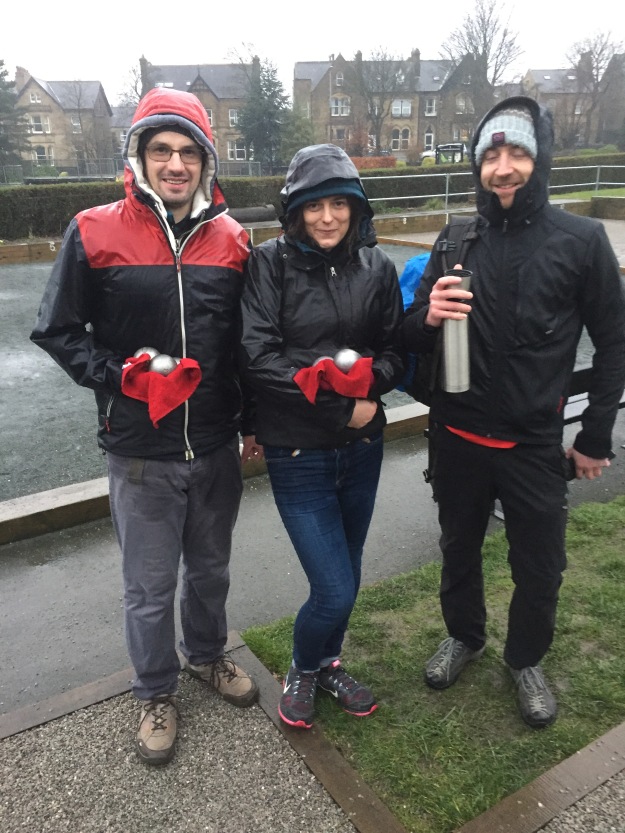 2nd and walking away with Milk tray were locals Three in a Shed (Robin, Rita & Brendan)

But overall winners and the only team on the day to win all 3 matches were Nunns Plus made up of Roger, Anne and Alan from Wetherby and York.

The rain had by this time stopped. But puddles were everywhere. 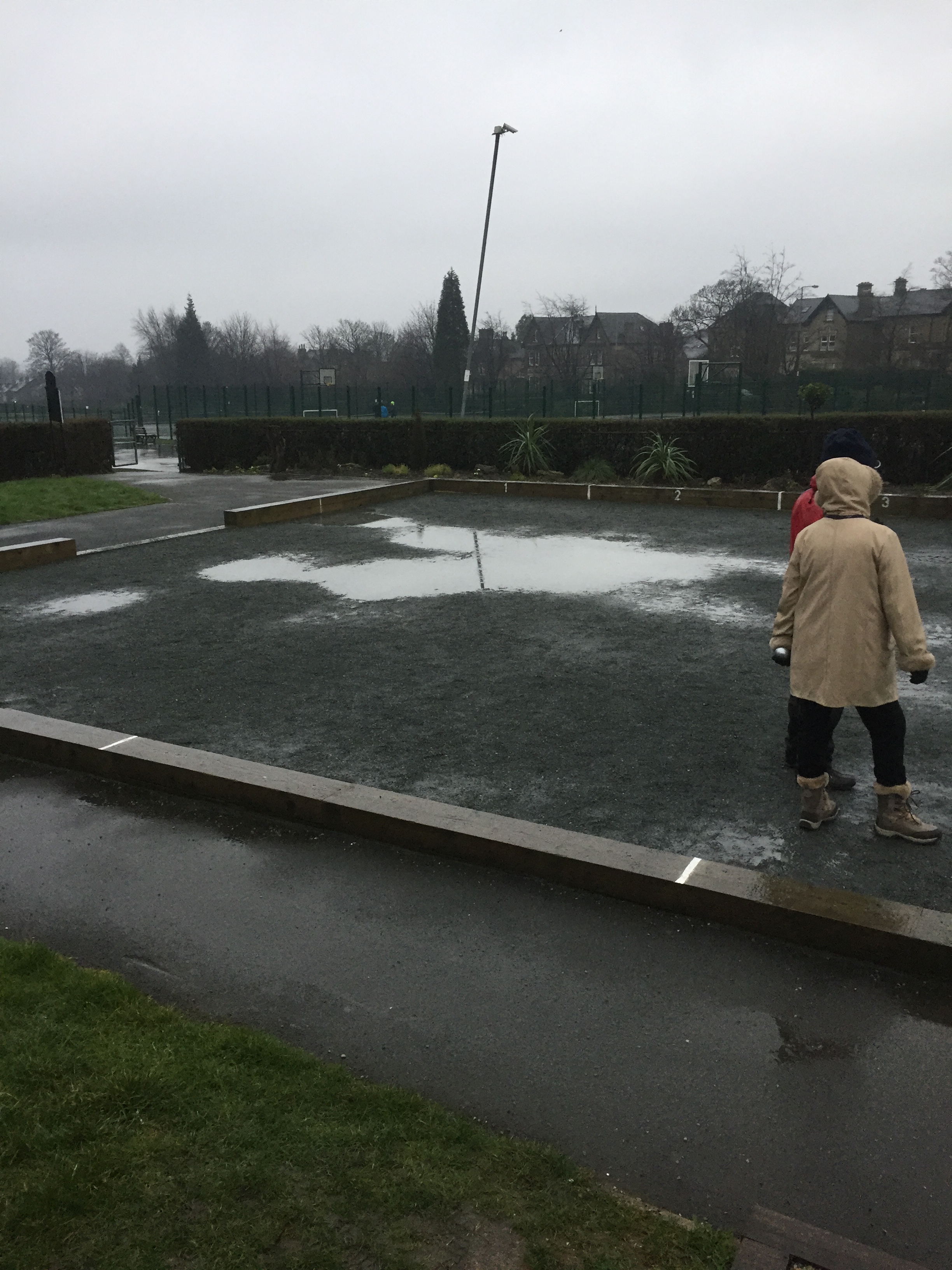 Thanks to everyone who turned out. There were some interesting final games. Trafford could have pinched second place if they’d won their last game quicker but points difference decided it in the end.

Hope to see you all again when warmer weather comes back.