Denise was runner up and Maureen was the winner of the club singles event on Sunday.

This is an annual event and has an unusual format. All players are given a “start” with beginners getting as much as 7 and experienced players being stuck on zero. Games still run to 13 points but those with a start (or handicap) start from their handicap. So a game could start at 0-7.  After 3 rounds there is a final between the top two players. These were the only two members to get 3 wins in the 3 round snake – Denise with 3W + 15 playing off 4 and Maureen with 3W + 14 playing off 2! The final was close going to 13 – 11 with both finalists playing well. Winner takes home a trophy to keep and runner up received a gold medal. 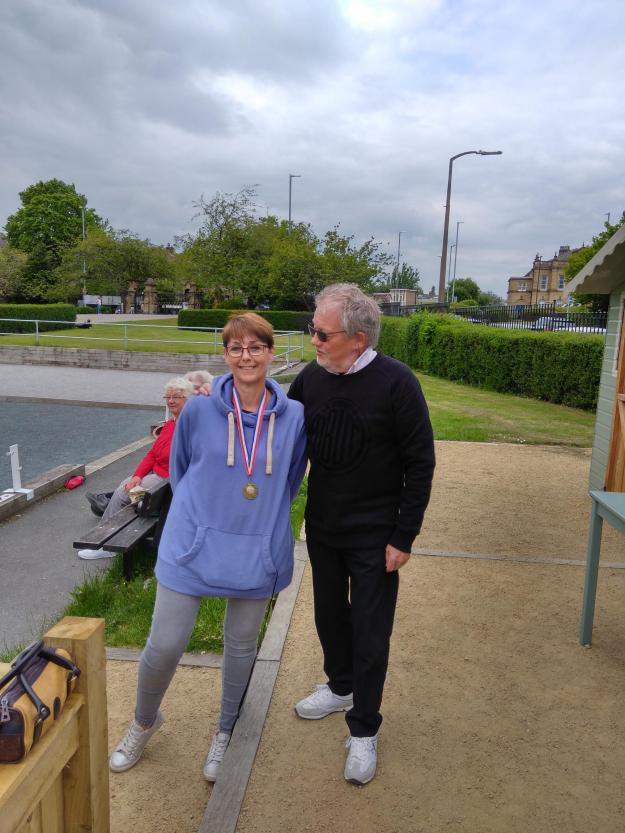 Many results were very close – nine games were 13 – 10 or closer! Many members can expect a downward review of their handicaps next year as a result of how well they played this year!