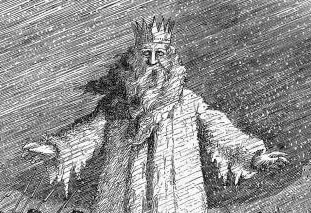 After 5 months playing on the first sunday of the month often in atrocious conditions we have a winner.

Daniel has won the title of Winter King and received his prize in the clubhouse in front of a small audience as today’s event was cut short after 2 games. League table in the Winners section.

Game 1 was alright but during game 2 we had a range of wintry showers and the organisers were already thinking about a short 3rd game when it just became too bad to continue. Most players by this time were thinking “why am I playing this sodden game?”. The answer is of course you’re enjoying it but there are limits.

On the day Roy won both his games with best points difference to be March winner but Daniel is the season’s winner with Barrie overtaking two players today to take second place.

Sunday 5th April is Easter Egg Melee with lots of eggs for winners. It will also be the first of the Summer Melee league which will be first sunday of the month ending on September 6th. Then Winter league takes over.

Over the season 41 players took part with 28 the highest attendance. David M won 2 events, Daniel, Barrie, Pat and Roy all won one event each. Some players had high averages (better than Daniel) but those who played regularly were near the top of the charts.

Learn how to run a competition Sunday 8th at noon in clubhouse and St Patricks day melee on Tuesday 17th March with free refreshments.